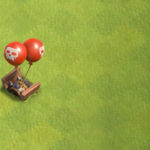 Clash of Clans Air bomb is an airborne form of the ordinary Bomb, having a splash damage impact and influences every one of the troops in its region. The air bomb would be efficacious against a few numbers of little troops and can be triggered by minions, Lava, Balloons and Dragons. How about we comprehend […]