As we all know Loons in Clash of Clans can do a serious amount of damage, unfortunately, because of their low hit points, we can’t just simply prepare all Loon attack. We need to cover up all the air defenses at very first. So for the meat shield we use Lava Hounds, and along with the Lava Hounds the lightning spell is a must. So here is the LightningLaLoon sure 3 star attack strategy for taking down a Town Hall 9.

Troops to be prepared for LightningLaLoon:

As you can see for the attack 3 Lava Hounds are required to be cooked, and 1 Lava Hound in Clan Castle. 24 maxed out level 6 Loons, 10 archers, and definitely, your heroes better level will yield better results. 4 Lightning spell must be of at least level 5, 1 earthquake spell of any level should be taken in Clan Castle and 1 earthquake spell you have to prepare yourself regardless of the level.

You can also do some alterations which we will discuss later on. 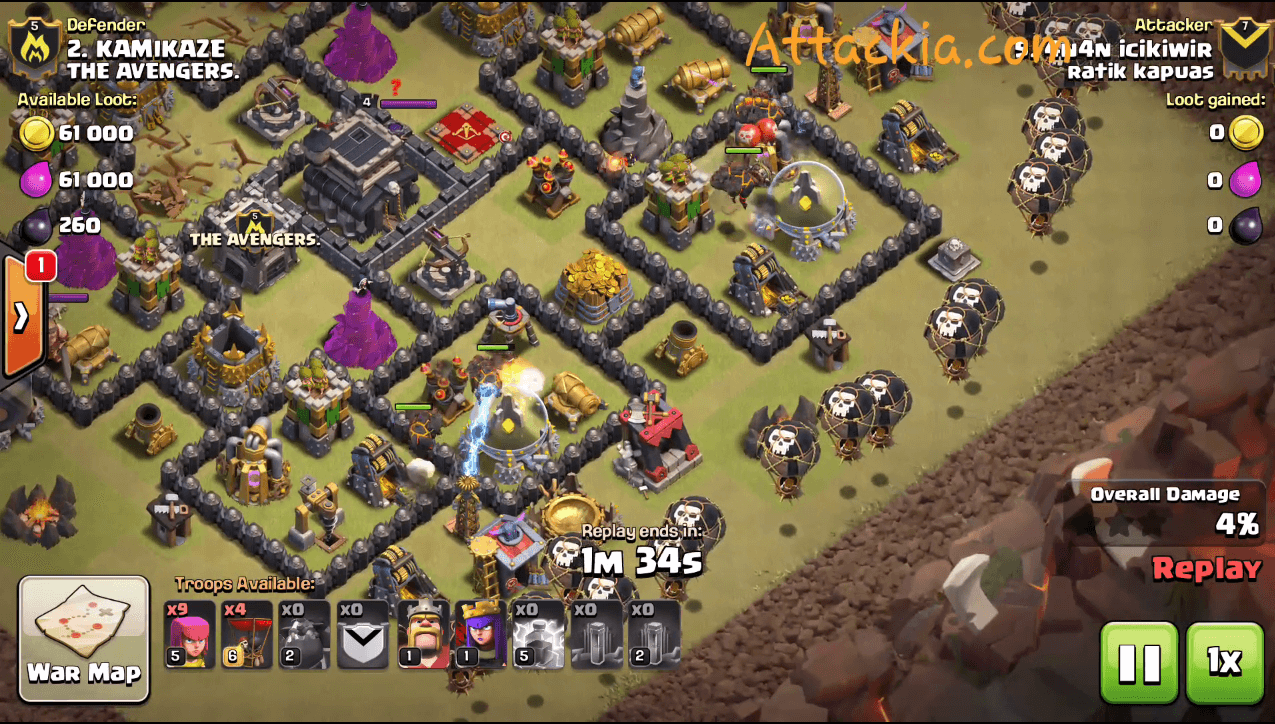 For this strategy, you have to cook the troops as aforementioned. See the video tutorial for an explanation.

LightningLaLoon attack strategy is bit difficult to master but by practicing it several times you can perfect it. This strategy can yield 3 stars on even very tough town hall 9 bases.