When I started off playing Clash of Clans way back in 2012, I had been addicted to the game (in an optimistic way). I played it every single day, at times for hours and I improved my village gradually but steady.

After a whole year, I was being stuck. I just couldn’t take off 3 Star attacks and my base available all my sources and trophies to almost all attackers. That had been the point exactly where I wanted to improve, so I started out looking about for techniques and strategies to turn into a better Clasher.

That was very tough, so I thought I would start my own website – attackia.com – Now its live and here you can find lots of working strategies, i.e. Attacking, Defending / Base Design, Farming, Clan War, Clan Management and lots more.

Attacking is considered the most main a part of the game, but there are numerous aspects of it – an attack begins with a strategy, a strategy, scouting and execution. I have separated the guides through these various topics.

Of course we all know Loons in Clash of Clans are capable of doing a severe amount of damage, regrettably, due to their low hit points, we can’t simply make all Loon attack. We have to cover all the air defenses at very first. So for the meat shield we exploit Lava Hounds, and together with the Lava Hounds the lightning spell is extremely important. Read LightningLaLoon Attack Strategy here in complete form.

GoHog is the perfect technique to kill nearly maxed Town halls 8 and Town halls 9. It is basically difficult to handle but when practiced and used properly it can give up a few remarkable results. GoHog guarantees 3 stars on even a maxed TH 9 with level 9-10 walls. Read GoHog Attack Strategy!

Bowler is the most recent of the troops in Clash of Clans. The Bowler is a superb strong troop that tosses a big boulder that bounces over multiple targets to destroy them all. The bowler never have favored targets attack any building and in contrast to Golems, the bowler does handle Clan Castle troop, once the CC troops are dead it goes on to smash buildings near by. If you want to master this technique must read! 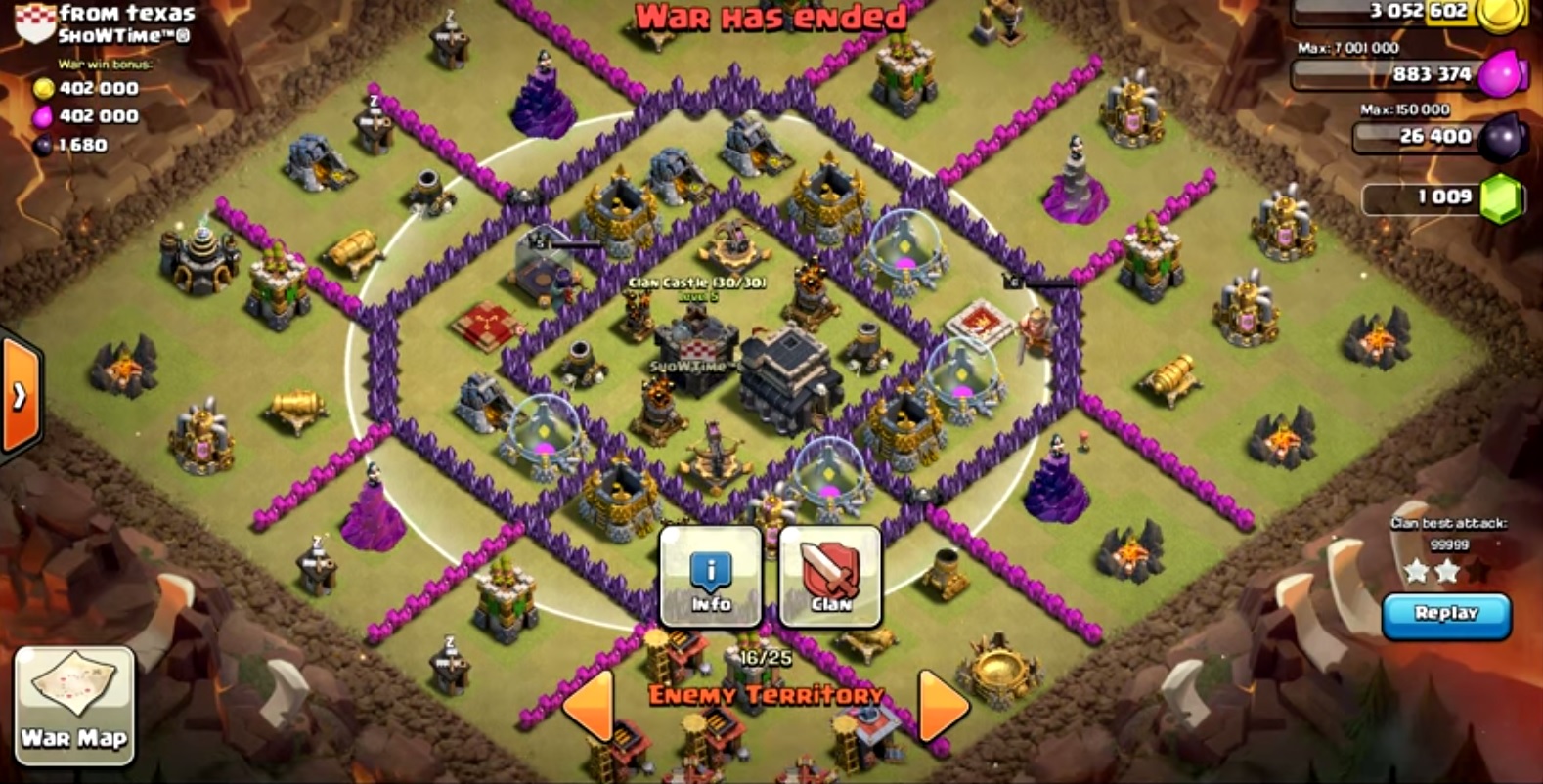 In this guide, I discussed complete army composition concerning Town Hall 8. We have no other guides regarding rest Town Halls, we will update it and provide you links here. Furthermore, if you want some ideas about attacking compositions you can take ideas provided above! 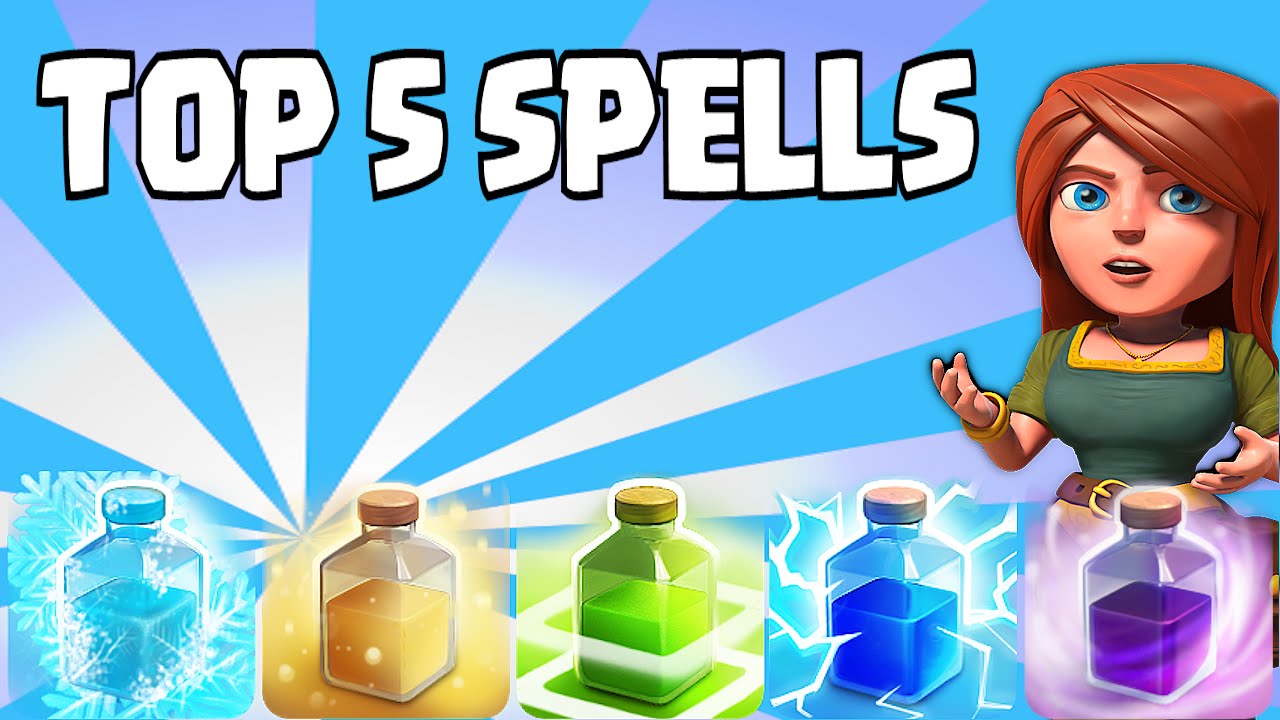 Clash of Clans Choosing the Right Spells for your Army:

There’s considerably more about Heroes than simply throwing them into the battle – I have summed up all important on Heroes here:

Archer Queen is among the people’ most preferred heroes from Clash of Clans which you would certainly want while seeking to attack or defense. A number of the heroes in COC are great at attacking while certain are utilized better if you are defending. One of the features of Archer Queen is that she is appropriate for both the conditions. She is an eagle-eyed warrior whose range of attack is like the sight of an eagle and she wields a crossbow which is often upgraded to get more damage. You can read it right here.

The Barbarian King is the toughest and meanest Barbarian in all the realm, whose appetite for Dark Elixir has caused him to grow to a giant size. He can attack enemy villages or guard your village. You can read it here for complete information …

Best Base Designs for Clash of Clans 2017: 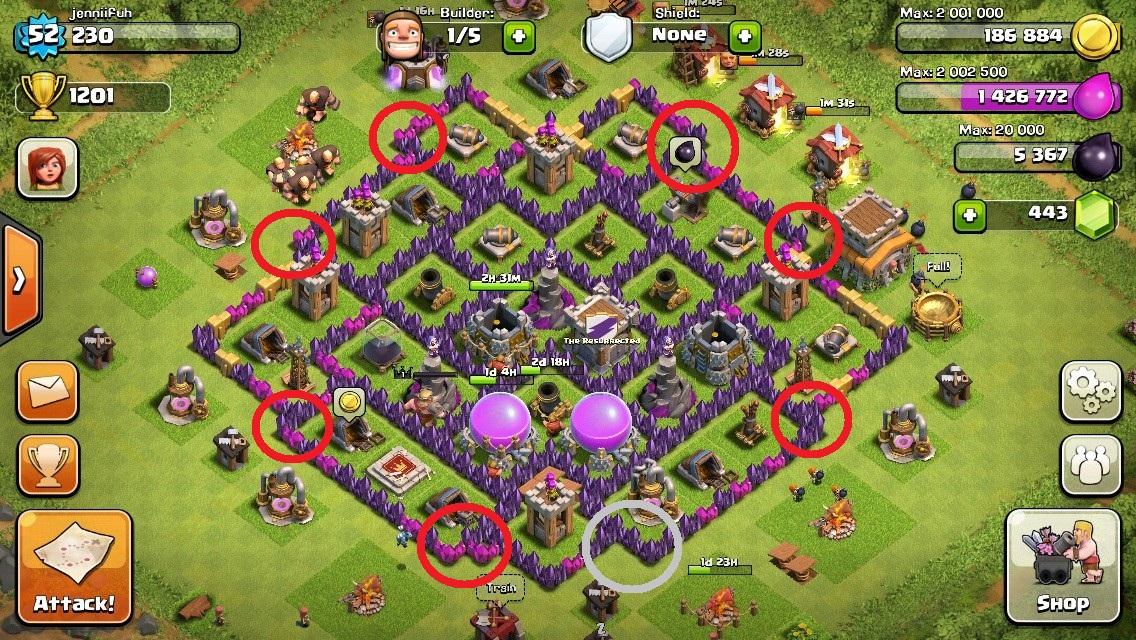 Your base is your back-up which has to hold tight while your not online. I wish to provide you with some things that will assist you make your own base stronger and I also provide frequently updated strong base layouts you may use.

Starting with your farming base is great but since the web farming bases trend is out there, a lot of people go with previously built town hall 9 farming bases downloaded from the web. And, since these people were in most, I chose to go by using a base which I downloaded via internet. You can read this guide right here!

This base is worked to ensure that the whole thing similarly. There are several functions in this base funneling troops inside Walls from expected that way would the a lot set traps. Those functions work to a fantastic degree well in all kinds of situations. Read full guide here!

Clash of Clans Strategy 3 Star Any TH11 Base:

Right this moment, there have been plenty of chatter over the communities as well as other outlets about how precisely hard it is to get a 3 star at Town Hall 11. Since miners were nerfed into the ground, there have been much less 3 stars in comparison to what we had become used to. Learn Clash of Clans Strategy 3 Star Any TH11 Base here.

Town Hall 9 or TH9 is regarded as the most grossing Clash of Clans base nowadays and everybody is trying to innovate something new. The last bases in the Clash of Clans failed to have too useful defensive plans against the dragons but now with Th9, dragons can certainly be defended. You can read it here!

In this guide I am about to be sharing distinct bases (largely at TH8) to assist you to fight those hogs. The primary key in stopping opponent Hog Riders is giving up them within you first defense wall or before. Through this article I will be featuring multiple base designs that may significantly help in defending against an enormous Hog Rider attack. Read Town Hall 8 Anti Hog Base complete guide right here!

A couple of days ago above I did post a small useful farming strategy with Goblins together with a big people are normally applying it ever since then. Although it is an extremely farming strategy (you can continue reading concerning it at below) but it’s fairly hard to get Dark Elixir, especially for late-TH9 players, people who just worry about Dark Elixir after maxing every aspect with Gold and Elixir. You can read that special guide must read!

Most recent time we talk about how you can farm Gold and Elixir with BARCH strategy at Town Hall 8. The major reason why I chose that BARCH is almost always to acquire Gold and Elixir instead of including Dark Elixir is that almost all Town Hall 7 and 8 bases will spot the DE Storage along with DE drill deep inside the center. Read that special guide here.

Very last time we talk about ways to farm Gold and Elixir with BARCH strategy at Town Hall 8. The major reason why I chose that BARCH is almost always to acquire Gold and Elixir rather than such as Dark Elixir is that almost all Town Hall 7 and 8 bases will spot the DE Storage along with DE drill deep inside the center.

A few months above I published a cool farming strategies with Goblins Knife along with a good deal of players have been using it since then. However, that it must be a stunning farming strategy (you will take a look about it at here) yet it’s really hard to get Dark Elixir, specially for late-TH9 players, players who basically think about Dark Elixir. Read here!

Clash of Clans Free Gems For Android No Survey:

Clash of Clans is our all valuable time favorite game. According to a Clash of Clans dev around 100 Million people right now in the world play the game which is played in just about all countries of the world except Tuvalu a country of Oceania. Read here!

Clash of Clans Free Gems Hack No Survey for iOS:

Right here we have brought you an easy technique through which you can buy gems without spending a dime and you don’t need to complete irritating surveys. Simply follow the following easy steps. Read here!

Hope you like this special guide. Let us know if you think we have missed up some thing via in comments!