Town Hall 9 or TH9 is the most grossing Clash of Clans base these days and everyone is trying to innovate something new. The previous bases in the Clash of Clans did not have too effective defensive plans against the dragons but now with Th9, dragons can easily be defended. In this article, I am going to give you some tips and tricks for creating a good Anti-Dragon Th9 Base. So let us begin now. 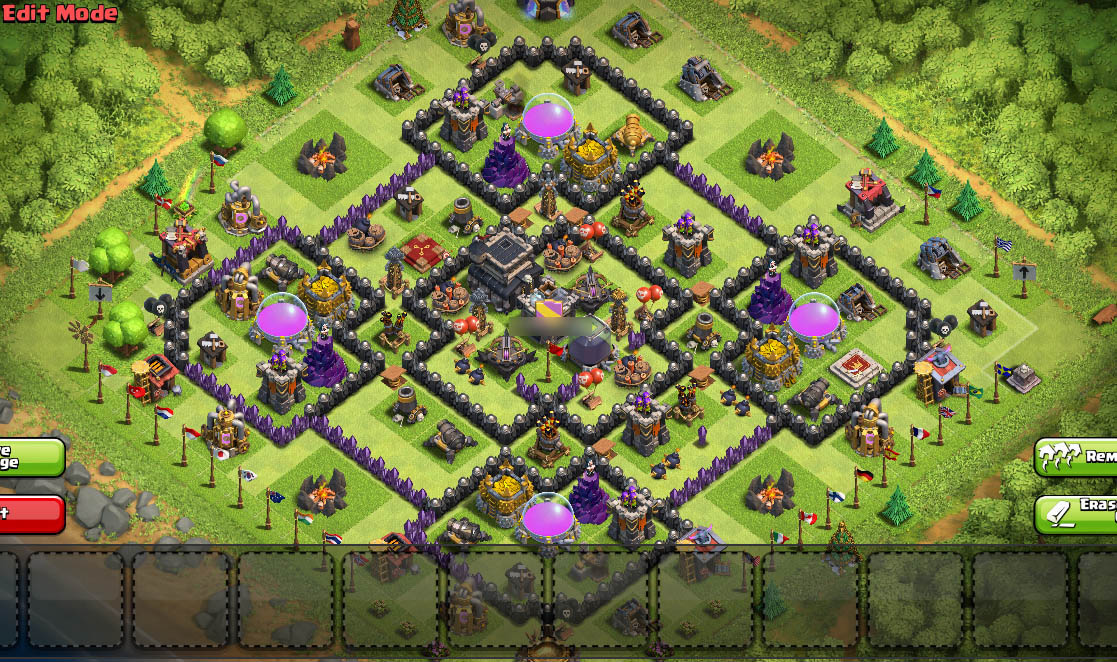 How do Dragons Attack?

Before creating a base in Clash of Clans, we need to know the attacking patterns in which dragons work. Dragons are actually the stupidest creature in the game since it may be powerful, it attacks directly the anything that comes in its way without caring for other powerful defenses attacking her. For instance, the dragon may be attacking weaker troops that came in her way instead of attacking a powerful tower which is killing her from a distance. It is very important for you to keep these points in mind since I am going to tell you important things relating to this in the defending tactics against the dragon. Make sure that you get rid of the air defenses by other means if you want to get the maximum benefit of your dragon. Also, clear the path in order to make dragon’s way towards the base.

Creating Anti-Dragon Th9 Base: How to Defend against Dragon.

Now let’s talk about the main thing which is creating the anti-dragon Th9 base and teach you how to successfully defend the dragon attacks. Do you have all those points in your mind from the previous heading? If yes, then we are good to go.

1. The first tactic while creating a good anti-dragon Th9 base is the right alignment and placement of the air defenses. Make sure that you spread them all over the place. Since dragon attacks the thing in front of her and if your air defenses are at one place, they are all going to be destroyed by the dragon’s fire.

2. Air Mines are another of the top weapons against dragons. Make sure that you can get as many as you can get from them. Also, just like the air defenses, their placement is very important. Make sure that you put them in the places where the dragons visit often. Don’t put them in front of the town hall since the dragon doesn’t come straight here.

3. People who aren’t good with dragons, will not be using them very good during an attack. Simply funnel the dragons at that time and you will destroy them in a minute. The upgrading of inferno towers in the level th10 can also be very useful but since we are talking about th9, you can’t use that.

If taken care of all these tips and tracks accordingly as mentioned, you are going to create an effective and good anti-dragon th9 base. And this is it from the today’s article. You can leave your feedback and suggestion in the comments section below. Keep visiting our site for more Clash of Clans stuff.