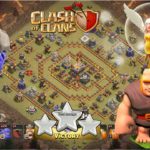 The Bowler or simply Bowler Healer is a thing that appeared right after the Bowler was dropped, but was much more of an test than a true strategy. With the latest buff of the Bowler, making him attack quicker, the Bowler Walk is becoming ever more popular. Let’s check out a number of the specifics […]