As well all know Dragons are really overpowered in Clash of Clans up to Town Hall 8. But after the recent 3 Air Defense update, you can prevent your TH7 base to be 3-stared.  Here we have a base that can prevent a 3 star on your base. 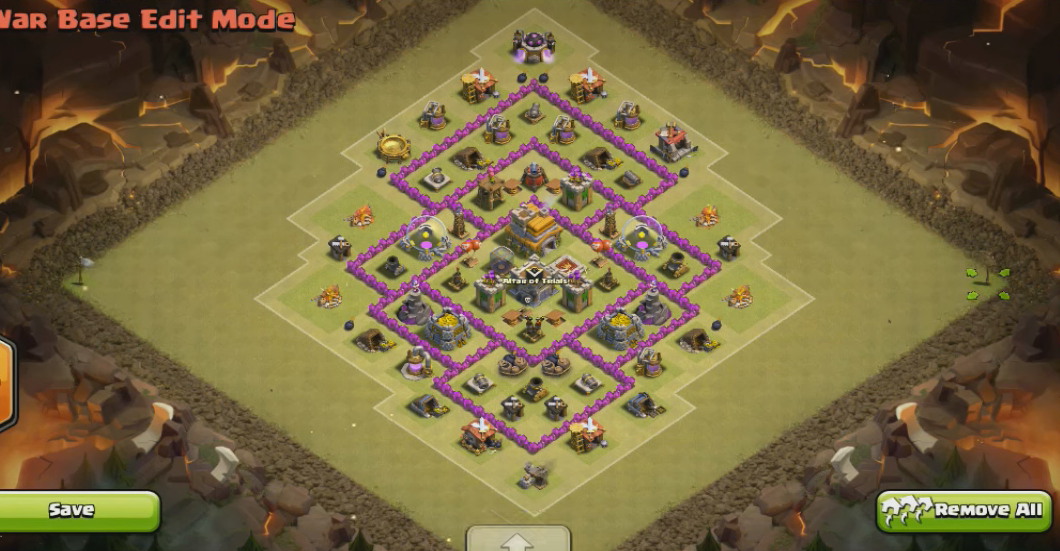 Thanks to YouTuber Ash for the video tutorial.

How this Town Hall 7 War Base is Anti Dragon?

The air sweeper is perfectly placed so Dragons will get easily distracted. Further high HP buildings are surrounding the Air Defenses which makes it even tougher for Dragons. The CC (Clan Castle) is pretty much in the center so without carrying a hog one can not lure the CC troops. The traps are perfectly placed making the base very tough for even Dragon and Hogs combo, the double giant bomb is no less than a nightmare for Hogs. This TH7 war base is also Anti Balloons as on lower TH levels no Lava Hounds are there to absorb damages. For any Town Hall, the best way to spoil mass Dragon attack is to distract them and engage them on high HP buildings while Air Defenses destroying the whole battalion.

Try it and tell us how well it worked for you.